BBBA Live is the flagship Podcast of the Baseball Bloggers Alliance since 2015.

BBBA Live! is in its second season. Listen in as AC Wayne is again joined by Ricky Keeler of Yanks Go Yard and District On Deck (Nats). Tonight, we are joined by mlbreports.com owner and BBBA President Chuck Booth.

The NL is top heavy.  The Astros have had a tough schedule and might be alright.  Jake Arrieta is sickly good, and no one should ever pitch to Bryce Harper, who may sign with the Yankees in a few years. 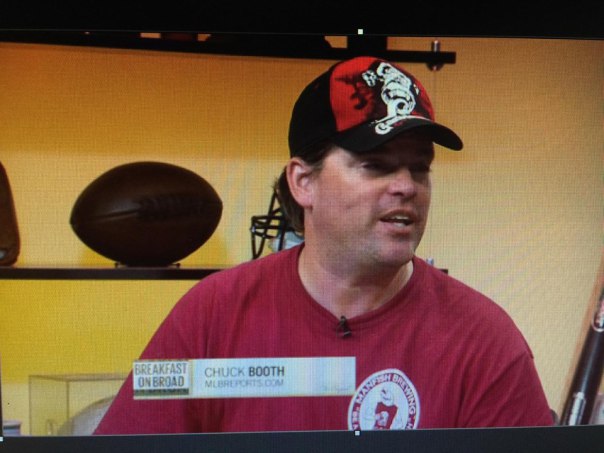 Team Stack #1 includes the Nats 1, 2, 3 and possibly #5 or #6 hitter with Michael Taylor, Anthony Rendon, Bryce Harper and Jayson Werth. Washington will face off against the Phillies RHP Jeremy Hellickson Wed night at Nationals Park in DC.

I am all for thinking that Jake Arrieta will continue to deal with the rest of the pitchers, but he is so overpriced on FanDuel, that it will kill the rest of your roster.  Yes his PPG is astronomical, and the experts will say to always use he or Clayton Kershaw on days they are pitching.  I won’t do it, and then split next to nil with the rest of the punters.

I love betting against the Braves each and every day  – and will keep the tradition going for probably the whole year here. Steven Wright is at…

Dutch Hoofdklasse baseball: A more attractive league… But how and at what cost?

In the past five years it was rather easy to predict the top four in the Dutch Hoofdklasse baseball competition. Most of the time, Neptunus, Pirates, Kinheim and Pioniers were the ones that decided who would become the Dutch champion.
To change this the Royal Dutch Baseball and Softball Federation (KNBSB for short), is trying to make the competition more attractive to draw more fans to the ballparks. But what is needed to do so?

Hoofdklasse baseball: A more attractive league… But how and at what cost?

P- Jake Arrieta (vs. Milwaukee Brewers): $13,800. Arrieta has not slowed down since his Cy Young Award-winning season in 2015. Through 4 starts in 2016, he has thrown 31 innings (7.75 innings per game), with a 0.87 ERA, 26 strikeouts, 6 walks, 15 hits given up, and a 4-0 record. He comes at a very steep price, but he is worth it based on his success this season and the great match-up on Wednesday. He is facing a Brewers’ offense who is ranked as the 18th best in run production, 29th in hits, and 25th in strikeouts in Major League Baseball. Arrieta will exploit this team and should put up at least 20 points on Wednesday. He is averaging 32.3 points per game on Draft Kings this season. He comes at a very steep price, but his point production is worth it.

P- Jose Berrios (vs. Cleveland Indians): $6,900. For those of you who don’t know me, I’m a huge Jose Berrios fan. He will be making his MLB debut against the Cleveland Indians. Throughout his minor league career, he is averaging 9.5 strikeouts per 9 innings with a 2.91 ERA. Many pitchers are rushed to the bigs, which can hurt their development, but the Twins have taken their time with Berrios. He is very ready for this step in his career and I think he is a steal at only $6,900. Be aware that they will limit his innings, so don’t expect him to go past 6 innings on Wednesday. Luckily for daily fantasy owners, his strikeout ability should counteract the innings limit. 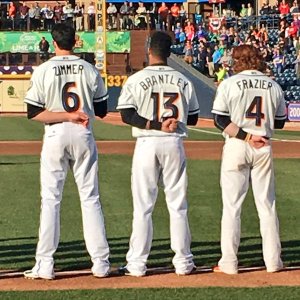 now that Michael’s rehab is finally done, i will go over how it went and break down all the numbers for you the best i can.

What To Expect From Minnesota Twins’ Right-Handed Pitcher, Jose Berrios

Jose Berrios was one of my favorite prospects heading into 2016. He is finally getting his shot at the big leagues after getting called up today to make a start over the next week with the Minnesota Twins. He hasn’t thrown since last Thursday, so he is fresh and ready to go whenever the Twins need him. He was called up because Ervin Santana and Tyler Duffey are both injured and Berrios could be needed to fill in for them. Also, starting pitchers, Kyle Gibson and Tommy Milone, have been pretty brutal since the start of 2016, so their rotation could use a jumpstart from Berrios. This is the perfect opportunity for Berrios to prove he belongs in the Twins’ rotation permanently. Now that he is in the big leagues, what can we expect from Jose Berrios?

When Will The Next Fantasy Baseball Star Prospect Be Called Up?

So far this season, there has been quite a few highly-touted prospects to make their debuts in the big leagues. These prospects include Nomar Mazara, Blake Snell, Robert Stephenson, Max Kepler, Mallex Smith, Aaron Blair, and many more. These young guys are shaping the game and are making a huge impact on their organizations and on fantasy baseball rosters. So with that said, who is the next stud prospect to make their debut in 2016 and when will it be?

Dutch starting pitcher of the Softbank Hawks, Rick van den Hurk, won hit fourth game of the season and his thirteenth straight game since his debut in the NPB last year.

In today’s game vs the lowly Orix Buffaloes, Rick threw 87 pitches in six full innings. Rick gave up two runs on three hits and allowed one homerun. He did not give up a walk and struck out six. His ERA now stands at a low 1.55.
The sole homerun that Rick gave up to the Buffaloes was a two run blast that gave the team from Osaka a 2-0 lead in the bottom of the first. But from their, Rick cruised through the game once again. In the second, the fourth, the fifth and the sixth inning, Rick retired the side.

It is that time of the year where fans get to choose who will make the American League and National League rosters for the all-star game. The game will be held on July 12th at Petco Park, the home stadium of the San Diego Padres. The voting for this event will end on June 30th. While there is a lot of time left to vote, it is a good time to see who is deserving of a trip to the all-star game. Below you can see my votes heading into the fourth week of the season. If you have any questions or comments about this article or fantasy baseball, please Tweet me @dynasty_digest. If you enjoyed this article, please follow my blog for more updates! If you want to vote for the MLB All-Star game, click the following link: VOTE.

To see my votes for the All-Star game, click the link below:

Nathan Eovaldi started the game with 6 no hit innings, finishing with 7 shutout frames, allowing 2 hits, 2 walks and 6 strikeouts to lead the Yankees past Texas. 3-1.

Jeff Locke struck out 8 Rockies in 6 shutout innings in Coors Field and picked up the 6-1 decision for the Pirates.

Miguel Cabrera went 4 for 4 with a pair of homers, 11 total bases and 4 RBI as the Tigers topped Oakland, 7-3.