Attending baseball’s Opening Day means a lot of different things to fans. Depending on the stadium and team, as I like to say, your mileage may vary.  I’m a Milwaukee Brewers fan and attend games at fan-friendly Miller Park – which believe me was important this week with temperatures in the 30’s with blustery winds and occasional blasts of snow.

I dare say attending Opening Day is now a tradition for me as this was my tenth straight opener. Of course this may seem Little League to others – especially to the guy I hear interviewed on the radio every year.  He’s been to every Brewers home opener since 1970.  Talk about a streak!  So with a few of my own under my belt, in this post I’d like to take a look at some of the things that make Opening Day special – and how I got started going in the first place.

In 2006 I started thinking about taking my Dad to Opening Day.  It was one baseball “thing” that had eluded us since he started taking me to games at Milwaukee County Stadium.  Dad had a hard time landing Opening Day tickets during those pre-internet days, yet somehow he got us into the ’82 playoffs.  Go figure.  He had a couple opportunities to get us on the “Drunk Bus” as he called it, but after a night game incident that went awry, he never went that route. 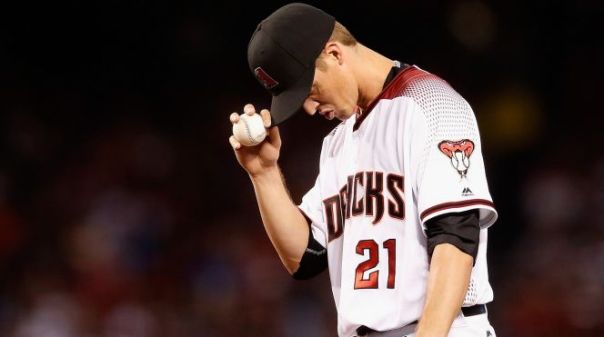 Read between the lines of Chip Hale‘s rant. He knows the Diamondbacks can’t afford to lose a lot of games to the Rockies, especially with Zack Greinke on the mound.
It is a “They all Count” episode of The Sully Baseball Daily Podcast 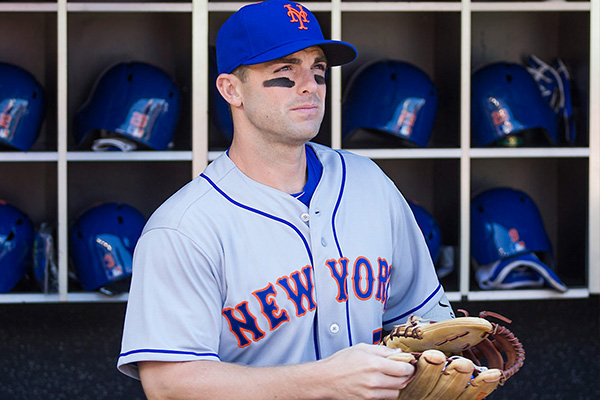 David Wright has played only a single game in 2016 and already the media and certain members of a regularly loyal fanbase have written his obituary. Wright went 0 for 4 on Sunday night and was visibly flat on the field. Though it was not the season debut I was hoping for, I have all the faith in the world in David Wright and expect The Captain to be a meaningful contributor to the Mets in 2016.

Back in October, I had the pleasure of attending my first World Series. I met up with a buddy of mine who works in the medical field, and of course I asked him about Wright’s diagnosis. He told me there were varying degrees of spinal stenosis, and with some physical therapy Wright should be able to play.

Pittsburgh Pirates: The tale of the outfield extension

The Pittsburgh Pirates have gained a reputation in identifying and exploiting market inefficiencies.

This is shown by the many strategies that have been taken by the ball club to compete as a small market club in the increasingly hard to comprehend MLB. Whether this is done by buying low on pitchers or taking low impact high velocity relievers to create a hammer of a back end of the bullpen. The team has simply done more with less in the last five years than any team in MLB.

The major action that Pittsburgh Pirates have taken to is locking up players before they hit arbitration. In doing so, the club has done a great job in creating certainty and ensuring that the value proposition is tipped towards their favor.

Starting with Andrew McCutchen in 2012, the Pirates have locked up four young and up and coming outfielders to contracts that cover some of the last arbitration and first free agency years. The club has gone about locking in a rate that benefits the Pirates in the market and provides the player with some guaranteed money in an ever-changing financial landscape. 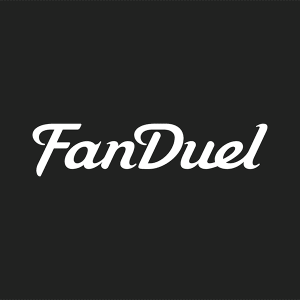 If you’re not familiar with the points breakdown, here’s the format utilizing a $35 million salary cap.

Yesterday was Opening Day. The Atlanta Braves teased their fans in the last home opener at The Ted as the Washington Nationals came back in extra innings to win the game.

Earlier in the day on the way to work, I tuned in to The Front Row on 680 the Fan. Steak Shapiro, Sandra Golden and Brian Finneran were playing what they called the Atlanta Braves Over/Under Game. Steak would read a stat and poll Finneran, Sandra and some of their listeners for their thoughts.

Well, now you get to hear mine.

Finneran said under, while Sandra said over. While I can agree that this rendition of the Braves looks better and more exciting on paper than last season, they did little to make me believe that they can improve on last seasons 67-win campaign.

Let’s be honest, does anyone think the Braves actually care if…

2016 Sons of ’84 Predictions With Guest Bloggers Including Drunk Miggy

Every year I start the season off with my predictions for the upcoming season and include guys that I have blogged with in the past.  This year we’re doing it again, but have included a guest blogger in @DrunkMiggy of Twitter fame (seriously go follow him!).  We regroup at the end of the year and see who hit on the most correct predictions and make fun of the other guys.  If I recall right, I won last year (haha) 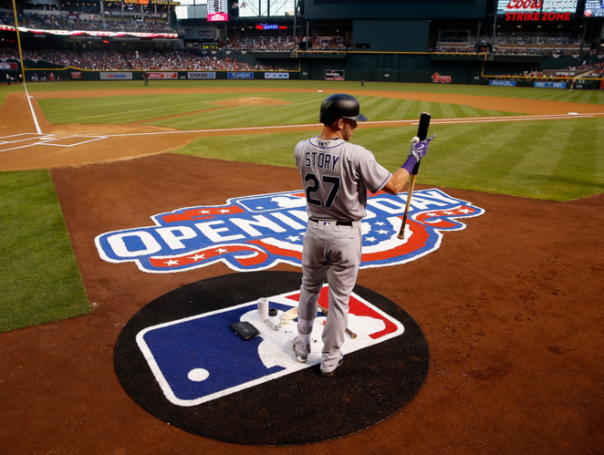 Trevor Story had a big league debut for the ages by clobbering a pair of homers off of Greinke and driving in four to lead Colorado past Arizona, 10-5.

Clayton Kershaw threw 7 sparkling shutout innings, allowing 1 hit, 1 walk while striking out 9 Padres. Collected a hit for himself and scored a run as the Dodgers rolled, 15-0.

Mark Trumbo went 4 for 5 including a 2 out single that set up the Orioles 3-2 walk off victory over Minnesota.

Cole Hamels out dueled King Felix, going 7 innings, allowing 2 runs and striking out 8 as the Rangers squeaked past the Mariners, 3-2.

The Bond Of Baseball 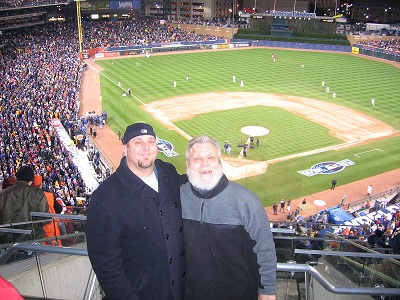 My annual post in taking a moment to remember the game is much bigger then what we watch during the season.

Opening Day, a day for happiness, a day that signifies that summer is on its way, a day that everyone is in first place, a day that every team still has a chance, a day of sadness for me.  As much as I enjoy spending this day with my wife and friends hanging out at the ball park, it’s another opening day without my father.  It’s now been over seven years since I lost my dad to cancer and not a day goes by that I don’t think about him, but this day is especially tough for me as we shared the bond of baseball together.  As a matter of fact it’s so tough that I had to write this two weeks prior to opening day nine years ago.