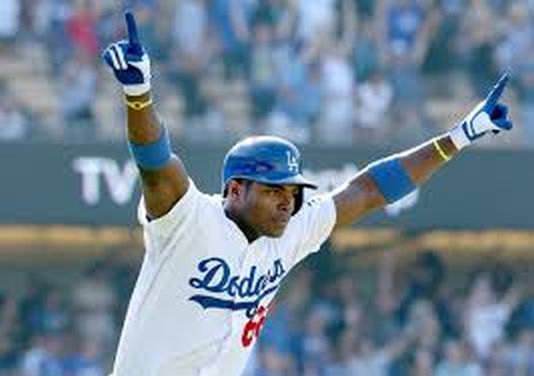 Yasiel Puig looked like he could be an all world player when he first started his career, however his lackluster attitude over the last few years has people wondering whether or not he will ever make good on his talent.  His OPS has gone from .925 to .863 to .758 in the last 3 years respectively.  At his optimum output in 2013, that would at least put him consideration for votes toward the award.

Much like the ‘Senior Circuit’ itself, the contenders for the 2016 NL MVP is very top heavy.  Bryce Harper, Andrew McCutchen, Paul Goldschmidt and Giancarlo Stanton are the top 4 favorites to win the Award.

Harper at +200 is not a foregone conclusion, and as just 2/1 odds, the number is not great to wager.  I do think the man will win 5 of the next 10 MVP Awards, so I am not placing that mark in the bad value either.

Giancarlo Stanton would have a great chance to win the honor if he could stay healthy – with the Marlins being over .500 for the first time since 2008.  It is possible the big slugger could bash out 10 more Home Runs to the next day.

Andrew McCutchen is a perennial contender who should also be in the mix this season.  If the Pirates win 90 games again, which I project them to, then Cutch should have another top 5 finish.

Paul Goldschmidt at +550, with a chance for the D’Backs to be in the fight all year could finally be the defining moment for the guy who has finished 2nd in the voting for the last 2 years he has played a full year.

As a Catcher predominantly, it may not even take ungodly totals to take home the hardware. If Posey drives in 100 RBI – with 20+ HRs and somewhere near his .310/.375/.484 – 3 Slash Line, then he stands a great chance. The problem with wagering against Harper is how awesome he was against the field. At a .330/.460/.649 Slash Line last year – it will be stiff competition for anybody to beat this guy.

I wouldn’t put down any money until the +1400 number I see for Buster Posey.  This is the best value on the board, and for the 2012 winner, he should also be in the running.

I believe Harper will crush 35 – 40 Homers again. and his Walk total should be just as high.  I think it may take a 50 – 60 PT drop in Batting Average for anyone to have a chance against him this year.

Stanton could blast 50 HRs and slug over .600 himself, however that would still be tough to crack an OPS over 1.000

If Stanton does get hurt, which seems to happen every season, this opens the door for a guy like Goldschmidt to challenge for a Triple Crown.

One of these years “Goldy” will hit the 40 HR plateau.

I am still picking Harper for his 2nd straight MVP here.

Extremely down on Jason Heyward being in the top 15 ranked players for this category.  I actually would have Dexter Fowler to put up better numbers than him,, and his two teammates Bryant and Rizzo would have more of a shot.

I was surprised to see that Clayton Kershaw never even made this list.  The guy did win the 2014 MVP Award, and has cracked the top 10 in each of the last 3 campaigns, yet he is not even placed here?  He will be leaned on even more heavily than before with Zack Greinke not working as the #2 Starter on the Dodgers.

Speaking of Los Angeles.  I am not buying into the Yasiel Puig factor.  He has regressed each season since his Rookie year, and needs a serious attitude adjustment – otherwise he may go to the status of “Jose Guillen, Milton Bradley and Carl Everett.”  All guys that were talented but had seriously crippling mindsets.

Yes Jason Heyward is about the best defensive RF in the game, however his offensive production doesn’t speak of an MVP candidate.  In my opinion, it would take him challenging for a Batting title, hitting 20 HRs, adding 20 Stolen Bases and Scoring well over 100 runs in order to be in contention for winning this Award.  He may only be the 5th most MVP on his own team.  This is not a good bet.

Odds are courtesy of bet365.com

Yoenis Cespedes led all LF for HRs with 35 on the campaign in 2015. He picked a contract year for his best season to date out of the 4 years he has been in the Major Leagues. Cespedes hit 17 HRs with the Mets in 2 months, after smacking out just 18 in the first four months with Detroit. Cespedes finished in the top 40 for both leagues in respective big fly’s, and was tied for 13th overall with Manny Machado and David Ortiz. It may take a 40 HR, 120 RBI effort, with some of the top guys not having normal years, but at 25/1 odds, I like Cespedes at the value.