Kepler and Van Mil to be team mates

Since I didn’t hear much about Loek van Mil and his preparation for the upcoming season, I decided to check the roster of the Minnesota Twins’ AAA affiliate, the Rochester RedWings.

Of course it was announced earlier this week that the Twins had sent Max Kepler to theirAAA farm team, but it didn’t ring a bell that Kepler and Van Mill would be team mates then. It doesn’t happen very often that a German player and a Dutch player are team mates.

Dutch native Van Mil is one of the few players that has been awarded a uniform number already: 48.
As a preparation on the upcoming season, Loek went downunder to pitch for the Adelaide Bite. He became the third player from the Kingdom of the Netherlands that played in the Australian Baseball League. The other two were Yankee shortstop Didi Gregorius and Danny Arribas. Arribas played for the Sydney Blue Sox in 2013 and Gregorius played for the Canberra Cavalry in 2010 as he won the award for the best defensive player.

Loek van Mil and Max Kepler will be team mates 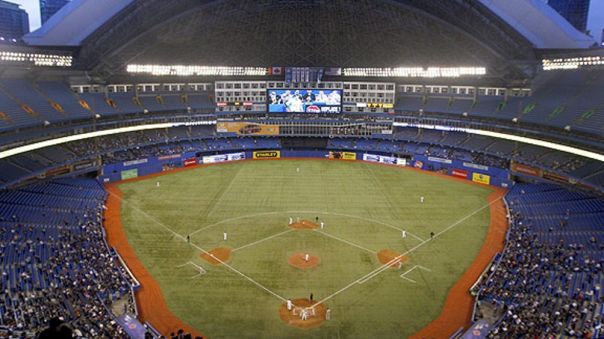 More from Pullman, Washington. The Blue Jays are no longer going to have the infield cutouts in the Rogers Centre. A part of 1970s and 1980s nostalgia is now over.

Pablo Sandoval and His $17 Million Will Ride the Bench

The first full year of A.J. Preller’s tenure as San Diego Padres general manager has basically been a roller coaster of emotions. With Opening Day just days away, it’s interesting to see how the narrative about the club has changed so drastically from the year before.

However, as we’ve seen in recent years, the winners of the offseason very rarely end up being winners of the World Series come October. That trend continued with the Padres, who missed the playoffs with a disappointing 74-88 record. The goal of improving the offense was achieved (650 runs scored, 23rd-best in MLB), but not necessarily by leaps and bounds. The pitching and defense also suffered in the process.