The Tampa Bay Rays and even President Obama will be in Cuba later this month while the Rays take on the Cuban National team.  Something of this magnitude that has not occurred in almost 20 years, when the Baltimore Orioles played an exciting two-games series there in 1999. And even then President Clinton was not in attendance.

It is believed by many that the love and passion that the two countries share for the game of baseball will help bring them together. In part of a statement issued by MLB Commissioner Rob Manfred he shared this sentiment saying that during this time of historic change,

“We appreciate the constructive role afforded by our shared passion for the game, and we look forward to experiencing Cuba’s storied baseball tradition and the passion of its many loyal fans.”

The Rays will fly into Cuba on March 20, hold an exhibition clinic on the 21st and play the Cuban National Team at Estadio Latinoamericano in Havana on the 22nd before returning home to the United States.

Click Here to continue reading this story on BBST

BBBA Members Video/Audio Shows + Links For The Week That Was

In Foul Territory: MLBs Priority should be Parental Supervision, Not Netting 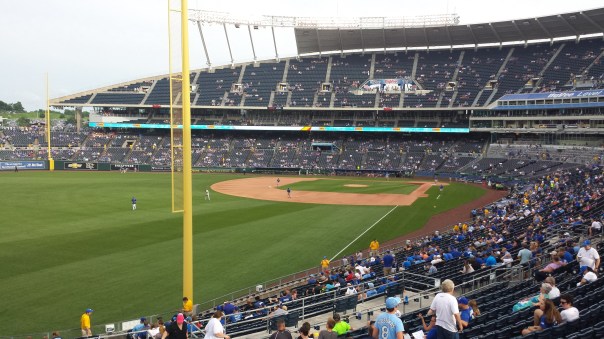 The current debate and speculation about the best way to keep baseball fans safe in foul territory at MLB and MiLB games seems to be over. Commissioner Manfred, during the 2015 Winter Meetings, announced that his office would be “encouraging” teams to extend netting another 70 feet in either direction down the foul lines in Major League parks.

Manfred and others associated with baseball have repeated a mantra that reeks of pacification rather than true depth of caring for fans. The issue with netting is that it’s wrong. On virtually every level of rationalism imaginable.

As I’ve pointed out in previous posts on FoulBallz.com, the general assertion that people simply don’t have time to react to a foul ball headed their way is categorically incorrect. The facts regarding average human response time are very clear and contradict the erroneous statements repeated in the media, on the diamonds, in the Commissioner’s Office, in all 30 of the front offices and by lawyers. If an adult is paying attention, they do have the time to react.

END_OF_DOCUMENT_TOKEN_TO_BE_REPLACED

NL To Eliminate The DH Or Not? Fan Voting Poll 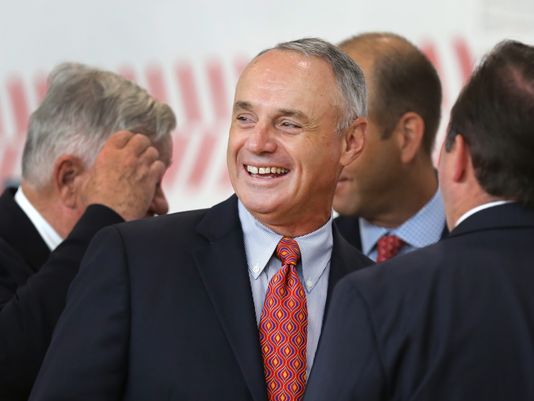 Rob Manfred has shown an aptitude to make drastic changes in the sport since taking over as the Commissioner a year ago in the MLB. The new agenda is to have both the American League and National League playing by the same rules. Purists will hate the adopting of the DH, as is their disdain for the Designated Hitter in the AL. They will say they should eliminate that position to have both leagues equal. I offer a 3rd alternative. NO DH or pitcher hitting.  Make sure you take part in our poll at the end of the blog post.

I have to admit Rob Manfred is at least taking charge at the helm of the MLB.  Uniformity of both the American League and the National League may be implemented as early at 2017 – following the CBA talks after the 2016 season.

That is right, The Designated Hitter may be introduced in the NL as early as next year.

If Manfred calls for an equalization schedule of all 30 MLB teams playing a level amount of games against their own league and divisions next – I will anoint him the best “Commissioner ever.  Hopefully this would be the next step.

Since the progressive leader has made some radical changes in his infancy at the top, like fast play, blackout removals, one fee for individualized teams on MLB.TV – I am hoping he can eradicate team fatigue next.

One of the best cases to made for both the Senior and Junior Circuits to both have the same rules is the recent destruction the AL has done to the National League.  They have a 12 year winning streak in Interleague play – with a whopping .550 win percentage in that time from 2004 – 2015. END_OF_DOCUMENT_TOKEN_TO_BE_REPLACED