The Future of the Philadelphia Phillies Could Be Bright

The Philadelphia Phillies haven’t had a winning season since 2011. While it has been a tough stretch of seasons for the team and their fans, they are in the midst of a rebuild that could bring the organization great success in the near future. I would expect the Phillies to start competing around 2018-2019 seasons. In this article, I will highlight some of the Phillies prospects and players that will be instrumental to the success of the Phillies. These players will include Maikel Franco, Aaron Nola, Vincent Velazquez, J.P. Crawford, Mark Appel, Jake Thompson, and Nick Williams. To read the analysis on the Phillies and the players listed above, please click the link below:

Odds To Win The Overall Homer Crown In 2016 MLB Baseball: Battle Of The Big Fly’s 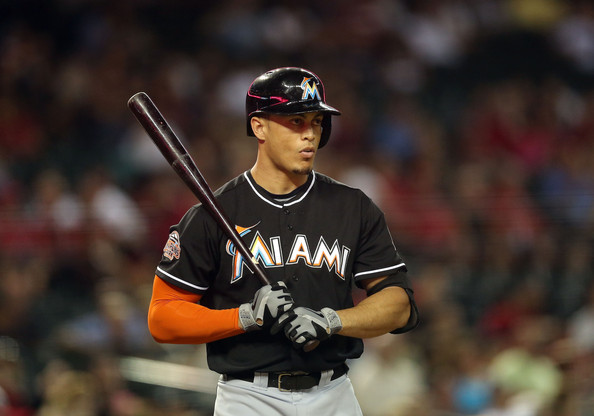 Stanton has light tower power – and should lead the NL and Majors in Homers if he can remain healthy for a whole year.   In just 74 Games Played last campaign, the big slugger belted 27 HRs.  The problem is always staying on the field.  There is no reason to think he can’t crack 50+ HRs if he played a full season.  To aid his efforts as the biggest favorite to win this years MLB Homer crown – is that Marlins Park is bringing in the fences and also lowering them.

I am flat-out wondering why these guys failed to include Chris Carter on this list?  For a prolific Home Run Hitter over the last 3 years (90 bombs), this guy is getting no respect.

I mean they have Corey Seager, Matt Adams and Freddie Freeman at the +20000 clip, but no word for a guy who finished 2nd in 2014 MLB Homers?

Carter is headed to the best home run park in the Major Leagues in Milwaukee, and will not be on a competitive club, where his AB may be in question.  Sure the guy might fan 250 times in 600 AB this season, but he may crack 40 taters for all we know.

I have requested this gambling website send me the odd for Carter (you can request a player that wasn’t listed), and I will get back to you shortly.

Let me start by saying that if Giancarlo Stanton remains healthy for a full year that he should definitely lead the Majors in longballs.  Despite us predicting him to do this, his odd only is listed as our #5 value best bet on the board. END_OF_DOCUMENT_TOKEN_TO_BE_REPLACED

Philadelphia Phillies State Of The Union For 2016

The Phillies have not had a winning season since 2011 after putting forth a decade straight of them. A promising second half to the year – coupled with full seasons by Aaron Nola and Maikel Franco could have them inch closer back to achieving that mark in the next few years. The management finally started the rebuild halfway through the year, have continued it so far this winter – and the financial flexibility in going forward should really be shaped up in a few more seasons.   It may be a tough campaign in 2016 for the win loss column, however the team has a lot of young players to watch and be excited about.

I was lucky enough to watch a record 224 MLB Games live last year – spread across all 30 MLB parks in every day of the campaign last season.

Unfortunately I saw the most home games (33 Games) in Philadelphia with my brother living close by.  There is nothing wrong with Citizens Ball Park, it was the team that was tough to watch.

When you have Jeff Francouer as your #4 hitter for half of the year, there is something wrong with that. I love the guy, and Frenchy had a decent year, it just said a lot about the depth of the Roster in 2015.

At the end of the year Philadelphia’s management started to trade away Veterans from the glory days of the World Series, and you can start to see the healing begin.

The dealing continued with Ken Giles sent to Texas for a bunch of stud arms coming back. Now the Phillies are looking forward to a bunch of young talent coming to the big leagues in the next few seasons.

The old guard is still there with Ryan Howard and Carlos Ruiz holding down the Starting First Base and Catcher respectively.  Howard is an average offensive threat only now that makes $25 MIL. END_OF_DOCUMENT_TOKEN_TO_BE_REPLACED

The Phillies have not had a winning season since 2011 after putting forth a decade straight of them. A promising second half to the season – couple with full seasons by Aaron Nola and Maikel Franco could have them inch closer back to achieving that mark in the next few years. The management finally started the rebuild halfway through the year – and the financial flexibility in going forward should really be shaped up in a few more years. Philadelphia has $110 MIL in approximate Team Salary already committed for next year. I would keep the course and build through the Draft. Spending money on any premiere Free Agents is a little premature right now. In addition, the club could really trade away anything not nailed down for 2017.

The Philadelphia should have a payroll of near $110 MIL after Arbitration dollars are handed out next year.  Of that money, Ryan Howard and 3 players (Cole Hamels, Cliff Lee and Chase Utley) rake in $49 MIL of the salary on players that no longer play on the club, or in Howard’s case – are very unproductive.

I love the deals the franchise has made since the Trade Deadline – and even loved some of the Veterans they have picked up for the coming year like Charlie Morton and Jeremy Hellickson.

Between the half a dozen Starters or so they have acquired through trades, and their nice young Starter in Aaron Nola, they now have a promising future in the Rotation.

Mark Appel was also acquired in the Ken Giles trade.  This is a #1 overall pick who may just need some more seasoning in the Minors.