If you have any questions or comments about this article or fantasy baseball, please Tweet me @dynasty_digest. Please follow my blog for daily updates on my daily fantasy baseball rosters for DraftKings (dynastydigest.sportsblog.com).

As the 2016 MLB Amateur Draft approaches, it is time to take a look back on previous draft results. With that said, I am starting a new segment where I will give you my personal redraft of previous MLB Amateur Drafts. Today I will focus on the 2010 draft, which had some of the best talent in the past few decades. If you have any questions or comments, please feel free to tweet me @dynasty_digest. If you enjoyed this article, please follow my blog for more updates on other drafts, fantasy baseball, and other baseball topics (dynastydigest.sportsblog.com).

To see the rest of the draft, click the link below:

SEE THE REST OF THE DRAFT

P- Kevin Gausman (vs. Minnesota Twins): $8,200. Gausman has proven he is a great play in daily fantasy over his first few starts in 2016. He is currently averaging 18.8 points per game on DraftKings this season. He will be facing the 26th ranked offense on Tuesday, whom ranks as the 4th worst in the MLB when it comes to striking out. To top it all off, there is an 11 MPH wind blowing towards home plate, so the baseball should stay in the ballpark on Tuesday.

P- Derek Holland (vs. Chicago White Sox): $6,200. Holland hasn’t been spectacular in 2016, but Tuesday could be the day to turn it around. He is facing the Chicago White Sox, whom are ranked as the 18th overall offense in the MLB. When it comes to facing left-handed pitching, the White Sox are hitting a mediocre .237. There will also be some very favorable weather for Mr. Holland on Tuesday. In Texas, it is expected to see winds upwards of 20 MPH towards home plate, which means there is a very slim chance of any power production.

SEE THE REST OF THE PICKS ON DYNASTYDIGEST.SPORTSBLOG.COM

P- Kevin Gausman (vs. New York Yankees): $6,900. Gausman was impressive in his first 2 starts in 2016. He will be facing a mediocre, New York Yankees, offense on Thursday. Due to lack of games on the slate, Gausman’s price is what made him so attractive. His strikeout potential makes him a decent play on Thursday. This is a bit of a risky pick, but he has showed a lot of promise over his first few starts. He is averaging 16.1 points per game on Draft Kings this season.

P- Jacob deGrom (vs. San Diego Padres): $11,400. deGrom will be facing the worst offensive team in Major League Baseball on Thursday, the San Diego Padres. He will also be pitching in San Diego’s park, which is known as a pitcher’s park. For those two reasons, he is a must play on Thursday. He is averaging 21.5 points per game on Draft Kings this season.

To see the rest of the picks,  click the link below:

1. Blake Snell (LHP; Tampa Bay Rays): Snell made his much anticipated major league debut earlier this this week against the New York Yankees. He threw 5 innings, giving up 2 hits, 1 earned run, 6 strikeouts, and 1 walk. This left-hander has done nothing but impress scouts over the past two years, so it is no surprise to see his success in his first start. Following his debut, he was immediately sent down to Triple-A, but it shouldn’t be long before he is back up with the Rays. In 2015, Snell made the jump from High-A to Triple-A. He threw 134 innings, with a 1.41 ERA, 163 strikeouts, 53 walks, and a 15-4 record. He has a plus fastball with lots of movement, a sharp slider, and a developing changeup. His command could still use some work, but it is very clear that he is ready for a full-time spot in the Rays’ rotation. If you have room on your roster, now is the time to stash Snell before he gets promoted again. It is only a matter of time before Snell finds himself in the rotation considering the Rays are currently using a 4-man rotation.

To see the other 4 must add waiver claims, click the following link:

Odds To Win The MLB Divisions In 2016: Best Value Bets 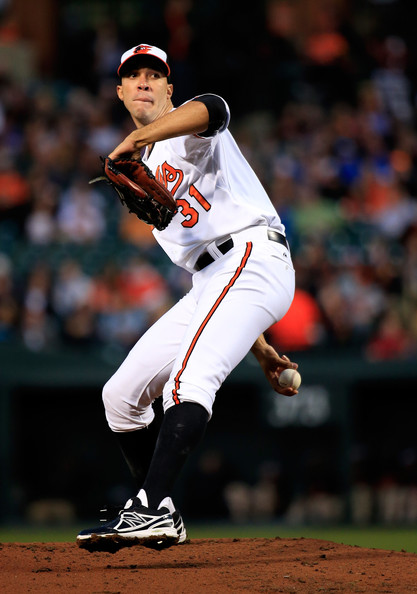 It seems about once every 3 years Ubaldo Jimenez puts together a Cy Young caliber type of year. If he can find all the stars aligned in the right direction he could throw like a suitable #1 pitcher in the league. The problem with the rotation is that Jimenez and Tillman are up and down – while Gausman and Bundy are unproven at the big league. At least the potential is there for one year.  Decent Innings were thrown by both starters this week, and Bundy worked a nice frame out of the Bullpen last night.

So less than a week of play has occurred and we are seeing some early trends.  They jumped from +1300 to +900 in 3 games, and I still believe that is great value.

1st impressions are I am glad I bet a lot of money on the Baltimore Orioles for the Division and the American League Pennant overall.  Yes they swept a Twins club at home, and  have yet to play on the road, but the pitching looks decent.

Chris Tillman and Ubaldo Jimenez look decent in their limited work, and the offense has come up clutch.

If the O’s are able to get that Cy Young caliber type of chucker Jimenez seems to wharf into for half a year (for once every 3 seasons), than maybe Baltimore has a fighting chance to win the AL East in 2016.

Baltimore was 47 – 31, and played one of the weirdest home games ever in front of no fans after the Baltimore riots.  For those scoring at home too, the Rays hosted 3 games with the civil unrest, and that is why there were only 78 games played at Camden Yards in 2015.

The Orioles were 34 – 50 on the road.  If they are able to win some games away from home cooking, they will compete. END_OF_DOCUMENT_TOKEN_TO_BE_REPLACED