Dodgers aren’t giving Jansen the credit that he deserves

Will the Dodgers extend the contract of their star closer Kenley Jansen? With the extension talks stalled and the interest in Aroldis Chapman that they had, it is questionable if Jansen will be with the Dodgers next year.

Even though I still think that the part of a closer is vastly overrated, he is part of the game for decades now. I still think that with a couple of relievers platooning for that spot, you can have the same result. But okay, the closer role is a part of baseball; even I cannot deny that.

What Is Making The Dodgers Tick?

They’ve only been at it for about two weeks, but I really like the way the Dodgers are playing ball this season. Led by rookie manager Dave Roberts, the Dodgers look and feel and act like a TEAM. Pardon me if I am excited by something that should be a given in this sport, but the Dodgers haven’t played as a 25-man unit since the last time they won the World Series in 1988. What’s changed and why? Here are the main reasons so far.

As I mentioned in a Spring Training post, Yasiel Puig came to camp with a whole new outlook, thanks in part to Roberts wiping the slate clean, and also because he needs to prove himself this season. I also believe his command of English is much better and therefore he feels more a part of the crew. He shed 15 pounds and has that Bo Jackson-like speed back, running the bases like a bull and getting to every outfield ball. The difference is that he is playing with that fire again, but under control. He is hitting the cut-off guy, taking extra bases with a bit more care, and waiting for good pitches to hit. The result is just the kind of start the Dodgers needed him to have (.356 avg., .442 OBP, 9 runs scored, 5 RBIs) to spark the team like only he can.

CLICK HERE TO READ THE REST OF THIS ARTICLE 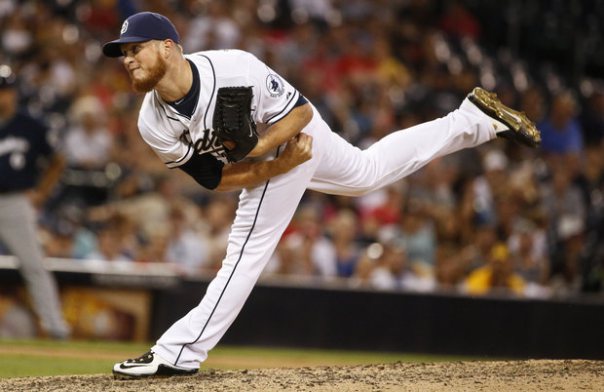 I may have gone with Aroldis Chapman on the list as well, however his pending suspension for his domestic violence call in should see him riding pine for at least 25 games.  The New York Yankees should still lead the Junior Circuit for total team Saves.
END_OF_DOCUMENT_TOKEN_TO_BE_REPLACED

The biggest questions to think of include trade possibilities.  Will the Pirates trade Mark Melancon?  If this happens, NL Leader of Holds last year, Tony Watson, may see some time as the Closer for the Bucs. END_OF_DOCUMENT_TOKEN_TO_BE_REPLACED

Los Angeles Dodgers State Of The Union For 2016

The Dodgers need to start spending money like right now, otherwise they stand to jeopardize themselves winning a 4th straight NL West title in 2016. Both the Giants and D’Backs have signed ace pitchers this year, and added another good Starting Pitcher besides the point. The club does have several young pieces and Depth at Roster to pull off a blockbuster trade forth coming – or they still have enough resources to acquire players for their 2016 run. The clock is officially ticking gentlemen.

The Dodgers are having the same kind of offseason the Baltimore Orioles had in 2014 – going into 2015.

If everyone remembers that year, they rejected a couple year contract with Grant Balfour, when he failed a physical, and they did the same thing with Grady Sizemore.

Key cogs in the wheel were new Closer Zach Britton, and Super Utility man Steve Pearce.  A lot of parallels can be made between that squad and the Dodgers.

Late last week, the Dodgers pulled out of a three year deal wish Hisashi Iwakuma because they had concerns with a physical.

For the whole winter they have watched the Giants sign Johnny Cueto and Jeff Samardzija, while the Diamondbacks stole Zack Greinke way from them, while trading a kings ransom for Shelby Miller. END_OF_DOCUMENT_TOKEN_TO_BE_REPLACED