P – Max Scherzer (vs. Milwaukee Brewers): $13,900. In 61 career at bats against Scherzer, the Brewers’ offense is batting .115, with 28 strikeouts, and a .169 OBP. In his last start against Milwaukee, Scherzer held together a perfect game through seven innings. Unfortunately he lost the perfect game in the seventh, but he only gave up one hit with 16 strikeouts in the complete game. In his last three starts, he owns a 2-0 record, 0.90 ERA, and 27 strikeouts.

P – Cody Reed (vs. San Diego Padres): $7,200. In his MLB debut, Reed showed lots of promise. He threw seven innings against the Houston Astros, giving up four runs, and striking out nine. His ability to strike batters out should make him a very good play on Friday. San Diego is ranked 27th in strikeouts, which is great for Reed.

What to expect from the Dutchies this year? Jurickson Profar

With Spring Training at full swing now, it is time to see how the players from the Kingdom of the Netherlands will do in the upcoming season. Of course there is no crystal ball and it is still up in the air, but in general you can make a decent prediction based on the performance of previous years. 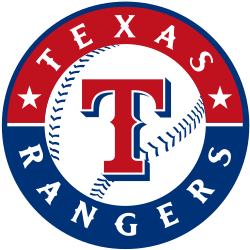 Jurickson Profar is finally on the way back from a very long stint on the DL. Jurickson started the 2014 season on the 60-day DL and was expected to return to the Rangers mid June. But somewhere in May 2014 the Rangers announced that Jurickson had re-injured his shoulder again. Jurickson opted for rest instead of surgery. But as he got injured again in February 2015, it was decided that he would get surgery. This would cost him almost the entire season. In August he started his rehab stint with several MiLB teams of the Rangers and he was added to the Arizona Fall League to get ready in time for the 2016 campaign. In both cases he served as a DH.

What to expect from the Dutchies this year? Jurickson Profar

The Rangers rose from the AL West ashes in 2015 and won their first Division Title in 4 years. It came off the heels of 2 injury riddled seasons that plagued any chance to make the playoffs. The club has about $140 MIL worth of salaries to pay in 2016 but should consider spending out another $10 – $15 MIL. They have a need for a Starting Pitcher and could use a breakout campaign from either Joey Gallo or Jurickson Profar to add depth for mid year trade to acquire a proven playoff Starter. The club will also hope Yu Darvish can come back at full strength from Tommy John Surgery. While they have 5 of the top 46 contracts of ALL – Time on their salary, 3 of them came via trade where the former team is picking up some of the dough.

Yes 3 of them came over via trade after chunks were already off, and their former team is still subsidizing some of the money going forward as well, but the Rangers are still already at over $120 MIL already committed in total team salary for 2016.

We have also heard grumblings that the team will look to extend Adrian Beltre this week in order to have him finish out his potential Hall Of Fame Career in Texas.  This won’t hurt the bottom line in 2016 – but will also put some dough on the future of the teams finances should it occur. END_OF_DOCUMENT_TOKEN_TO_BE_REPLACED