← Was the Kraken Released too Late?
Hot Stove Week in Review Nov 2-6 → 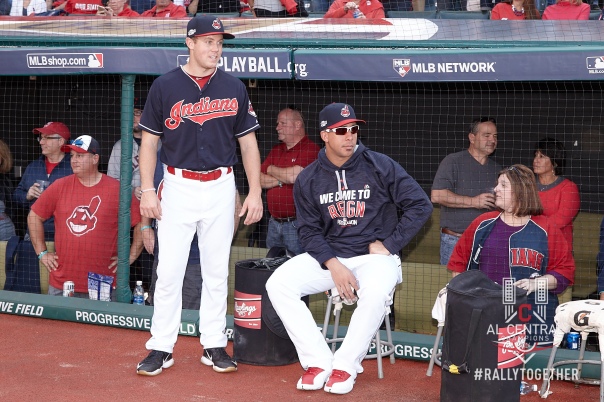 despite Michael not appearing in any postseason games or series, i of course still had to write this blog. the format of it follows my more recent Brantley monthly blogs, where he didn’t play at all and i provided a recap of the Tribe’s performance for extra content.

there are four sections in this blog. the first covers the overall postseason for Michael and the Indians. the second focuses solely on the ALDS, the third is all about the ALCS, and the fourth discusses the World Series as well as some rehab updates! each section contains subsections that include an overview, Michael news and pictures, and/or win celebrations.

from Michael Brantley’s perspective, i cannot say i’m sorry to see the 2016 baseball season go. for him, it was unlike any other and certainly will not be mentioned in the “best of” seasons of his career. we basically got a taste of what Indians baseball will be like without Dr. Smooth in the (hopefully far off) future. except, in an unexpected twist, the team did not seem in desperate need of its best player this year; not until the end, that is.

Posted on November 7, 2016, in MLB Reports. Bookmark the permalink. Leave a comment.

← Was the Kraken Released too Late?
Hot Stove Week in Review Nov 2-6 →