One of the biggest blunders made by many gamblers is betting against themselves.  We are going to simplify the process, so if you win, you can really win – none of this barely break even nonsense.

Our new Draft Strategy is now here.  Please read after the post.  You can use our formula for your own wanted and given stacks and pitchers.  This process wheels them all in alignment.

Now here is what we are going to do for today’s MLB DFS FanDuel style.

We Will Give You – Daily

3 – 7 team stacking options ( We are going to draw most of our players from these squads).

If you are looking for daily picks in roster form for DraftKings exclusively, our DK preferred site isdynastydigest.sportsblog.com

Honestly can see that Bumgarner gets rocked tonight by the Yankees. I’m not going to have much exposure or at least enough exposure to warrant a write up on why I want to use him. He’s given up a .292 BA in 96 ABs and I don’t think you should use him.

Masahiro Tanaka- He’s only faced the current Giants’ roster for 6 ABs but Tanaka has been almost lights out for the Yankees lately. They have come out of the All-Star Break winning 7 of their last 11 while the Giants are the exact opposite as they are losing more than winning. I think a lot of people will be looking towards MadBum but we can look elsewhere and save money.

Brandon McCarthy- He could very well be the surprise of the year and the comeback story if we continues his dominance. So far this season McCarthy has pitched 16 innings, he has 2 wins, 22 Ks, a 1.69 ERA and he’s coming off a game against the Diamondbacks where he pitched 6 innings, 8 Ks and 0 ERs. Lifetime against the Cardinals he has held them to a .175 BA (7 for 40) with a 15.9% K-rate, 2.3% walk-rate, 7 strikeouts, 14 groundouts. The Cardinals aren’t the same hitting team and he could go very under-owned tonight.

Tanner Roark-  He’s facing the Padres who struggle against right handed pitching and Roark has been phenomenal as of late. Lifetime against the Pads he’s held them to a .170 BA (9 for 53) with a 21.4% K-Rate with only a 3.6% W-Rate. Roark has struck out 12, gotten 12 groundouts, 8 flyouts, and only given up 1 HR.

Adam Conley-  Conley gets to go up against the Mets who struggle against left-handed pitchers. Conley has done well against the Mets in his career by holding them to a .132 BA (5 for 38) with a 31.7% K-Rate, 4.9% W-Rate. HE will go very under-owned as there are other options and absolutely love him tonight.

Michael Fulmer- He’s having a tremendous year as he’s 9-2 while allowing only 63 hits, 28 walks, 77 Ks with a 2.13 ERA. He’s facing a reeling White Sox team that Fulmer has never seen before. He’s honestly had 1 bad game (19 FP) vs. Seattle back on June 22nd and the rest have been better than that. He’s had back to back 33 FP games and then 63  FP against Tampa on July 1. I won’t be surprised if Fulmer gets 30+ FP again tonight.

James Paxton- There’s a reasono he’s a value play and why he’s only a GPP option. He’s facing the Blue Jays which is a lineup that could scare anyone and that’s what we need from a pitcher as he should go under-owned. Paxton has held the Jays to a .105 BA (2 for 19) with 4 Ks and 4 walks. He’s cheap and could provide that that salary relief we need.

Dan Straily- He hasn’t faced many of these D-Backs but he has faced 7  of them and struck out 5. Arizona is a weak hitting team and take them out of Chase Field, Straily could be the play of the night.

Why Our MLB DFS Strategy Is Working On FanDuel

We use at least one ace, one midlevel and one bargain pitcher in Fanduel to create the pyramid scale effect on the positional players. Point blank, the more rosters we couple with the pitchers, the more variations we cover, potentially swaying a top roster for that will cash a high prize. If we connect on our team stacks and pitchers with a high reguarity, nothing should phase us from hitting a prize, as other lineups that go down, will see other come shooting up the other side. We never use the same lineup 2 times in our max entries contests.

Our new Draft Strategy For MLB Fanduel is now here.  Please read after the post.  You can use our formula for your own wanted and given stacks and pitchers.  This process wheels them all in alignment.

So we have been playing FanDuel with our new…

Hanley Ramirez homered three times, driving in 6 and sparked the Red Sox to take the 11-7 slugfest with San Francisco.

Jedd Gyorko got 3 hits including 2 homers and drove in all of the Cardinals runs as they defeated the Padres, 3-2.

Carlos Carrasco threw 6 innings of 1 hit shutout ball to give the Indians a key divisional victory over the defending champion Royals, 11-4.

Jeremy Hellickson allowed only 1 run over 8 innings, striking out 8 Marlins and earned the 4-1 decision for the Phillies.

In Memoriam Video For all baseball family who have passed since 2015 ASG. 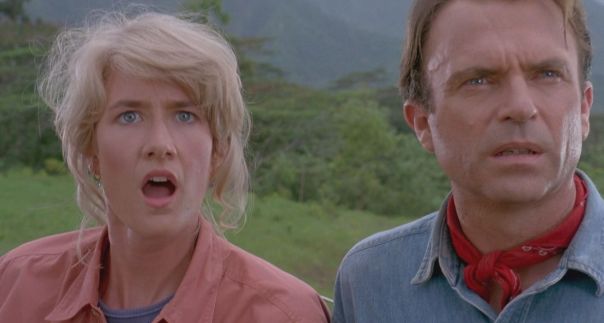 The Red Sox won, the Giants lost and the Yankees won. My reaction to these events make me state in disbelief like a character in a Spielberg film.

It is a stare up and wonder episode of The Sully Baseball Daily Podcast.

This slate is not a very good one. The pitching is not good and it might be for the best to just take a break from DFS and come back strong on Friday. Alas, we will still try to break down some of the plays we like tonight.

Adam Wainwright- There’s not a ton of things to like about this slate but hopefully Waino is one of them. He’s facing a Padres’ team that struggles more against right handed pitchers and Wainwright has held them to a .226 BA (21 for 93) with a 16.8% K Rate. He’s struck out 17 and given up only 2 HRs.