The week in review: The Milwaukee Brewers went 2-3 from last Tuesday to Sunday, with a 5-2 victory over the Washington Nationals and a 4-3 win against St. Louis at home Friday night.  The two losses at the hands of the Cardinals were one-sided (5-1 and 8-1).  Going into the All-Star Break, the Brewers are 38-49, 14. 5 games behind the Chicago Cubs and good for fourth place in the NL Central.

On Saturday Oakland A’s reliever Ryan Dull saw his streak of not allowing an inherited runner to score end at a record setting 36 runners.

Starter Kendall Graveman had pitched eight beautiful innings but found himself in a bit of trouble in the bottom of the ninth Saturday, when he allowed back to back singles to the Houston Astros’ Jake Marisnick and Marwin Gonzalez. He was relieved by Dull, obviously a pitcher used to entering the game to help other pitchers out of their jams.

Jose Altuve then grounded out to Tyler Ladendorf who tossed the ball to second baseman Jed Lowrie getting Gonzalez out but allowing Marisnick to score from third, thus ending Dull’s streak. Dull offered up one more run when Luis Valbuena singled in Altuve but he struck out Carlos Gomez to get his very first big league save, and preserved the very deserved win for Graveman.

To continue reading this story on BBST: CLICK HERE!

Below you can find my analysis for the prospects ranked between 71-80 for the 2016 midseason top prospect list. If you want to see the full top 100 list, please visit the following link: SEE THE TOP 100 PROSPECT RANKINGS. I will be posting daily analysis of every player listed in the top 100, so please follow my blog and other social media for updates. 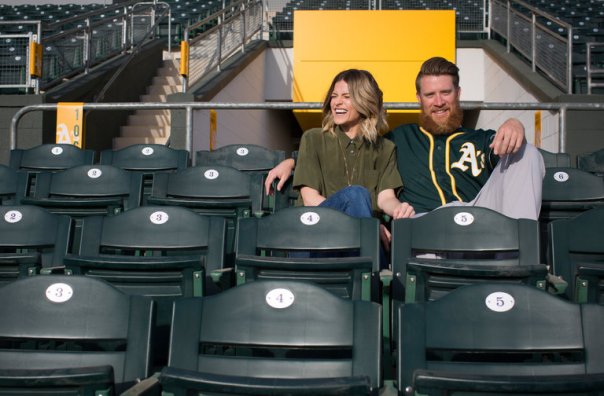 These 2 are always in the charity work. Recently they have even hosted dinners for a LGBT dinner, and Thanksgiving Dinner for Syrian refugees..

We are proud to present the winner of the Tony Gwynn Leadership Award to Oakland A’s Relief Pitcher Sean Dooittle, who narrowly edged OF Curtis Granderson of the New York Mets  by one mere vote.

This distinction goes to an outstanding individual in the MLB that reflects both a great leader in the game – but also off the field.

Thanks to all members who voted.   The other nominees were Clayton Kershaw, Brett Lawrie and Jeff Francoeur.

Here was a response from one of our members (A’s Chapter President – Jen Rainwater – and what she wrote about Doolittle, and his girlfriend Eireann Dolan.)

I had a tough time with this because I really like Jeff Francouer, he’s been a friend to the Oakland fans for years – he even tailgated with us on a day inspired by his friendship – Bacon Day – when he played in the AL we had Bacon Day three or four years in a row – so much so that the organization got in on it and had “Bacon Facts” etc up on the big screen during the game. He’s a great person!

However, Sean Doolittle and Eireann Dolan are two of the most amazing people on earth. They made national news helping the Syrian refugees but they do so much more just around the community striving for equality, helped the families of fallen police officers and helped to spread the word about drunk driving when a man named Diego was struck and killed by a drunk driver – getting his brother the chance to throw out the first pitch at a game and dedicated it to Diego. The hashtag #FirstPitchFoDiego got Doolittle’s attention and he helped the family, not to mention the million things that Eireann Dolan has done for LGBTQ rights – they are truly selfless and amazing people.

If you are interested here is a link to a piece I wrote on Doolittle and Dolan for FanRag Sports Network’s TodaysKnuckleball.com … it details many of their good works and is worth a read if you are having trouble with your decision. I’m not telling you who to vote for at all, just providing more information. I know Eireann Dolan and have insight about what she and Doolittle have done for the community that you may not find elsewhere! Thanks for reading this and I hope you will check out my post! Thank you!

I am not surprised Doolittle won here either.  A lot of the BBBA members have had the ability to meet the man before, and all have come back raving about him. 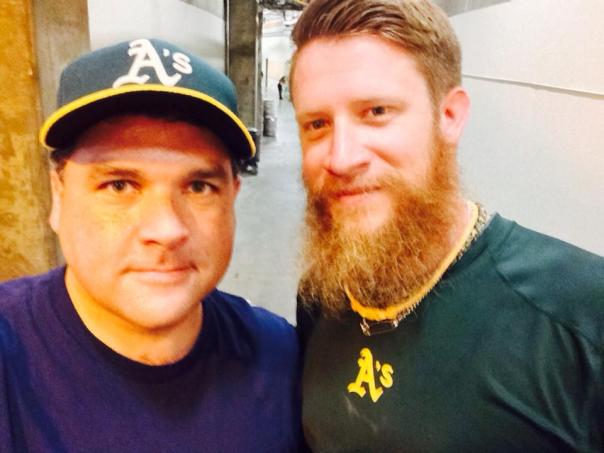 Manager Terry Collins and his New York Mets had to deal with what many viewed as a potentially season-defining 11-game homestand prior to the All Star break. On the surface, they succeeded by going 7-4 against the Chicago Cubs, Miami Marlins and Washington Nationals.

However, it was likely one of the most frustrating 7-4 homestands fans will ever experience because New York missed a golden opportunity.

The importance of this stretch prior to baseball’s midseason break was only magnified because the Mets arrived at Citi Field fresh off losing five of seven to the Nats and Atlanta Braves. The pitching staff continued to do their job for the most part, but it was the offense that resembled the 2015 squad before acquiring Yoenis Cespedes, not after.

This group then came alive by sweeping a four-game set against the Cubs, followed by taking two of three from the Marlins. Things continued looking up on Thursday, as New York battled back with the help of Wilmer Flores to win the series opener against Washington.

Finishing the first half with a 47-41 record isn’t bad considering what New York has dealt with since April, but they must improve in these areas if they want to return to the playoffs this October:

READ REST OF THIS ENTRY

Playing for the World Team, in the bottom of the 7th inning with 2 outs there was  foul ball that nobody should have caught but Jimenez did just that. Even Matt Vasgersian couldn’t believe the catch. If anyone has played MLB The Show for Playstation the announcing made it sound like we were listening to the in-game broadcast. Couple that with the video game type catch, this was a heck of a showcase we look to continue watching the Cubs in the future.