When many of us think about Mother’s Day, we think of flowers or perhaps brunch with mom.  If she’s a baseball fan, we might even take mom out to the ballpark.  Hitting a major league home run for mom on Mother’s Day with a pink bat – well, that’s another level.  Yet ten years ago on Mother’s Day, 2006, that’s exactly the present Milwaukee Brewers infielder Bill Hall gave to his mom.  It was a special moment not just in franchise history, but also baseball history – and here’s why.

P- Noah Syndergaard (vs. San Diego Padres): $12,900. This is a no brainer, even at this steep price. Syndergaard is one of the best pitchers in baseball and he is facing the worst offense in baseball. To top it all off, he is facing this offense in a pitcher’s park. In his first 5 starts, he has thrown 32.1 innings, with a 2.51 ERA, 44 strikeouts, and only 6 walks. Keep an eye on this game though because there is a good chance of rain. Syndergaard is averaging 26.1 points per game on Draft Kings this season.

P- Danny Salazar (vs. Kansas City Royals): $8,800. Salazar’s price has dropped, but his value continues to rise. He will be facing the Royals offense on Friday, but they haven’t been great this season. They currently rank as the 16th best offense in the Major Leagues. Also, the weather is in Salazar’s favor. There is a 10 MPH wind towards home plate, which means baseballs should stay in the park. In 175 at bats against Salazar, the Royals’ lineup is only batting .234, with 42 strikeouts. Salazar is currently averaging 21.6 points per game on Draft Kings this season.

Click the link below to see the rest of the picks:

California League days of Mavericks seem to be numbered

Yesterday it became clear that the city of Kinston in North Carolina has signed a stadium lease deal with the Texas Rangers to bring a A Advanced team to historic Grainger Stadium, former home of the Kinston Indians. According to the lease, signed in July 2015, the Rangers had two years until the start of the 2017 season to bring a team to the stadium. 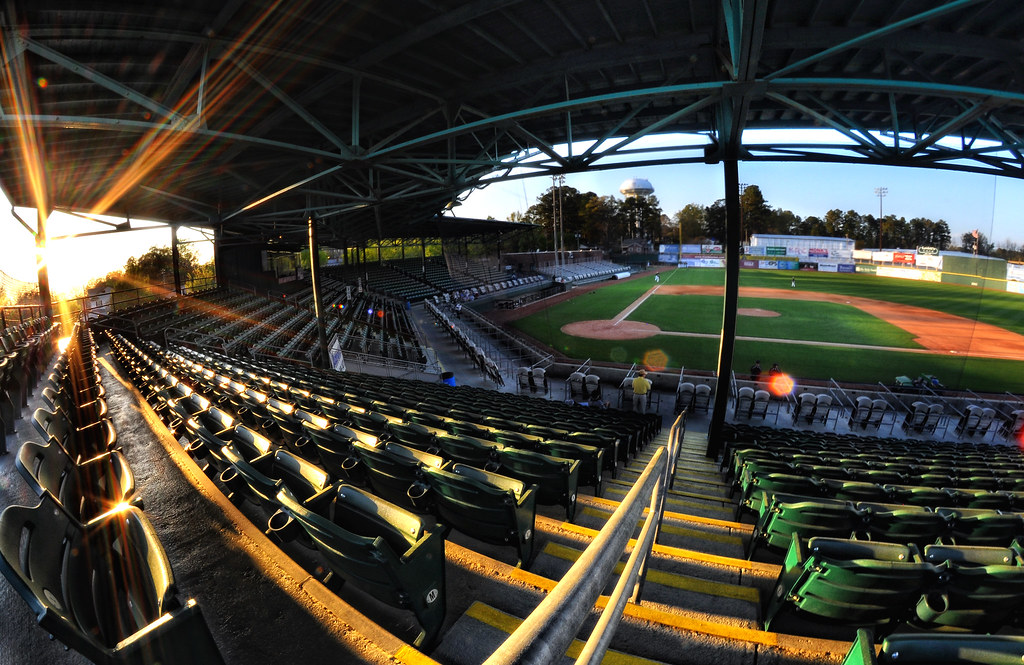 The 2016 Pittsburgh Pirates are not a Shifty Bunch

The Pittsburgh Pirates are shifting less in 2016 and their pitching is worse. Are these two related?

The Pittsburgh Pirates have earned a reputation around the league of being a very analytical front office and with good reason. The team’s use of FIP and xFIP to find value starting pitching is well known, but the shift is where the Pirates really earned their stripes as a numbers-centric team.

From 2013-2015, the Pirates shifted a total of 2,446 times, which was good for third in all of baseball behind only the Houston Astros and the Tampa Bay Rays, two teams with sabermetric driven front offices of their own.

The 2016 season is about one month old and the Pirates shifting totals are way down from the past three seasons. They have shifted only 214 times, which is the 12th most in the league. The Pirates spent a lot of the offseason discussing their change in outfield defense by playing their outfielders a bit more shallow, but they most certainly did not mention using the shift less. What changed?

You hear Clint Hurdle talking about not trying to fit a round peg into a square hole, so it begs the question, are the Pirates shifting less because their rotation isn’t as ground ball-centric as in years past? The Pirates are generating less ground balls as a team this season, but despite that, their entire starting pitching rotation remains above the league average of 44 percent. Even though they are down with the loss of Morton and Burnett, they still are an above average team.

Washington knocked off the Royals 13 – 2 to take the series 2 games t0 1 (should have been a sweep – Jonathan Papelbon), and used HRs from Bryce Harper and Daniel Murphy to plate 13 men.

It was the 1st time the Nats had scored 10 runs all year, and in doing so, it eliminated their last scenario out of the 11 in MLB Runs Scoring Survivor.

Seeding is yet to be determined as they have played games more than several other clubs who could still get there before 27 games, but it is done regardless.

Washington joined the winners (Cubs), O’s (AL winners, and only team to finish in Junior Circuit thus far), and the SF Giants as teams that are complete.

Only Atlanta has not scored at least 10 runs during a game in the Senior Circuit.

Hi, my name is Josh Robbins.  I would like to share my Daily Fantasy Sports (DFS) strategy with you throughout the MLB season during weekdays.  Fanduel is my preferred game of skill.

BBBA Live is the flagship Podcast of the Baseball Bloggers Alliance since 2015.

BBBA Live! is in its second season. Listen in as AC Wayne is again joined by Ricky Keeler of Yanks Go Yard and District On Deck (Nats).

Yankees are struggling and may have to reel off a bunch of wins soon or risk being a seller near the Trade Deadline.

Meanwhile the Mets are hardly losing at all.

Daniel Murphy homered, doubled and singled twice in the Nationals 13-2 thrashing of the World Champion Royals.

Steven Matz shut out the Braves for 7 2/3 innings, allowing 2 hits and striking out 8 as the Mets rolled, 8-0.

Carlos Correa singled, tripled and homered, driving in a pair (and along with his teammate Altuve missed the cycle by a triple) and led the Astros to a 16-4 crushing of the Twins.

I need to cut some things out of my life. Meanwhile Corey Kluber and Steven Matz are just fine and I take suggestions.

It is a overly cluttered episode of The Sully Baseball Daily Podcast.

See the updated listing of WOB on MLB Reports.

A Look at the AL MVP Field