Milwaukee Baseball History – 50 Years Ago: The Opening Day that Wasn’t 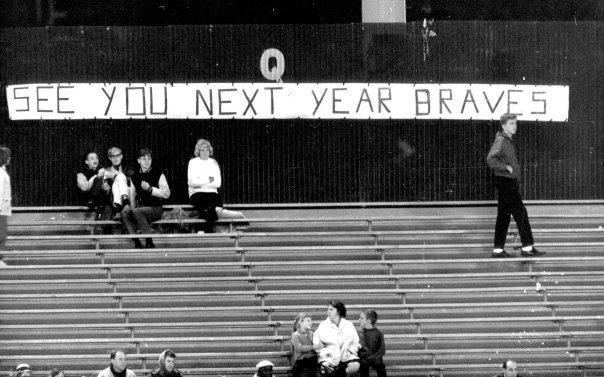 In early April, 1966, Milwaukee County Stadium sat silent for the first time since 1953. It was a quiet time in Milwaukee baseball history – and certainly no April Fools’ Day joke.  The field didn’t need any special attention, stadium workers weren’t hired for the season, and concessions weren’t purchased.  The Braves skipped town after the 1965 season and there would be no professional baseball played in the Cream City for the first time in 80 years.

Tickets were sold in Atlanta for the 1966 season starting in January of that year.  The team was caught between two state court injunctions.  In Wisconsin, Judge Elmer Roller ordered the team to play in Milwaukee until a replacement franchise could be obtained.  Judge Sam Phillips of Atlanta issued a temporary injunction that called for the Braves to play games that season in Atlanta.

Braves owner, insurance industry executive Bill Bartholomay, acknowledged both injunctions in interviews. Yet he said, “The Braves fully intend to honor our contract with the Stadium Authority and all our larger obligations to the citizens of Atlanta, of Georgia, and the entire southeast, as the Braves have always honored our agreement with the county of Milwaukee.”

Author at Large!
View all posts by zantmandu »

Posted on March 30, 2016, in MLB Reports. Bookmark the permalink. Leave a comment.