Can The Pirates Fix Ryan Vogelsong?

After a series of pitchers have seen their careers brought back to life from the brink of retirement, the Ray Searage and Jim Benedict pitching factory has produced stellar returns from small investments for the Pittsburgh Pirates.

From the perspective of a fan, it’s frustrating watching the team spend pennies to dollars hoping the player doesn’t run off with their investment to get five-fold the original investment from another team. From the team’s perspective, it’s one of the best practices for a small-market team like the Pirates to remain relevant in a big revenue sport.

Once the team lost assistant to the general manager Jim Benedict to the Miami Marlins to take the role of director of pitching, many have questioned the ability of Ray Searage and the Pirates to continue churning out results from pitchers that have fallen on tough times or simply never experienced much success to begin with. The effects have already been felt, as a deep pitching market was expected to allow the Pirates restock a depleted rotation, but the departure of Benedict combined with massive inflation of free agent prices have forced the Pirates to roll with a rotation that includes Jeff Locke and Ryan Vogelsong.

So how did the Pirates experience so much success with reclamation pitchers and how can Ray Searage and company continue this success? More specifically, what does it mean for Vogelsong?

It’s a business and the New York Yankees believe outfielder Brett Gardner is a valuable commodity. All the same, it will be interesting to see if Gardner’s value as an asset grows or diminishes during and after the 2016 season. Is this the final season in Gardner’s contract that his performance will considerably influence his worth to the club as a trade piece?

Reed is ranked in the top 50 prospects for most prospect lists, including mine, but he could fly up the list if he can repeat his success that he had in 2015. Like I mentioned, Reed could find a home in Houston very soon, which many fantasy owners would be very excited about. The first base position is thin in the minor leagues, so Reed should hold great value in dynasty leagues compared to his competition. Keep an eye on this prospect as he has the potential to be a fantasy baseball beast in a few years. Please read the rest of the article below:

Going To Work Or Play Every Day?

I seldom missed a day of school back in Taylors Falls and I continued that practice at work during my working career. The Navy of course reinforced the idea that going to work every day was the only way. I am old school and retired now but back in the day when I worked I took a lot of pride in the fact that I showed up for work day in and day out rain or shine.  I figured I was being paid to work so I showed up day after day. It used to drive me crazy when I knew that certain co-workers stayed home because they were hung-over or just plain didn’t feel like working. There were probably times when it would have been safer to stay home due to the snow or ice but not me, I was off to work.

Working every day carries over to my enjoyment of baseball, I like players that come to play ball each day and don’t take time off because they are tired or have a hang-nail. These players are being paid big bucks to play, not to sit on the bench and rest, they can rest on their own time like the rest of us.

So where am I going with this? Today we are going to take a look at the Minnesota Twins players that came to play. You can read the rest of the story here. 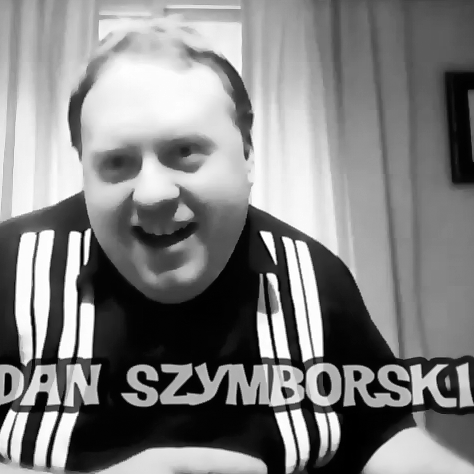 (1200th Straight Day With An episode)

Dan Szymborski, ESPN writer, joins the podcast to talk about what teams had the best and worst off seasons.

And along the way, we talked about why the expression “Gun to your head” is so absurd.

No need to threaten us on this episode of The Sully Baseball Daily Podcast.

20 Reasons Why Baseball is the Best